However, one may mistake a girl like me for a City Girl when one thrusts her into the West Virginia wilderness for an entire weekend. Yes, when relocated to a farm on a mountain in a town where everyone knows whose second cousins belong to whom and where there’s no cell reception within a 1.5 hour radius, one’s City Girl qualities may suddenly become more apparent.

Two weekends ago, I attended the Wyatt Family Reunion in Pocahontas County, WV.

I knew this trip would put me a little out of my comfort zone; I was going to be spending a weekend with Bryan’s dad, after all. Bryan’s dad, who upon our second meeting, coerced me into riding on a 4-wheeler with him for a spin around his back yard. Perhaps it would have been less awkward had I not been wearing a floral dress and heels, every inch of the front of my body bouncing against every inch of the back of Mr. Wyatt’s body, for a solid 25 minutes. Nothing like a proper introduction.

That was also the same trip in which I learned what a lean-to was. And what Skoal looks like.

I thought I had prepared myself for this trip to WV. I didn’t know exactly what we’d be doing, but I knew that Bryan’s dad was hauling not one but two 4-wheelers down for the weekend. Things were bound to get crazy. So, I packed a sweatshirt, my only pair of tennis shoes, and some dry shampoo. And my makeup mirror, in case the place we were staying didn’t have adequate lighting.

Truly, I think my first mistake was in packing only white shirts. I did not expect so much dust.

Bryan and I started the drive to WV after work on Thursday. We drove for about 6 hours, then met up with his dad and stepmom at a hotel somewhere east of Charleston. It was a quaint hotel room, which had collected approximately a half-century of cigarette smoke before our arrival. Ahem. It was, however, a nice enough place to stop, so I won’t complain.

The next morning, Bryan and I took a detour to Fayetteville, WV so he could do some mountain biking. I even strapped on my tennis shoes and did a little hiking of my own! After the hike, we decided to walk to a different part of the mountain where an abandoned coal mine was rumored to be.

We discovered many beautiful things along the way: 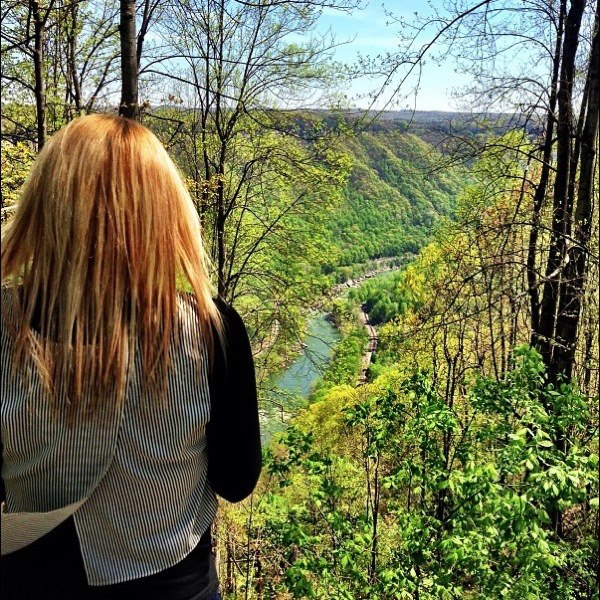 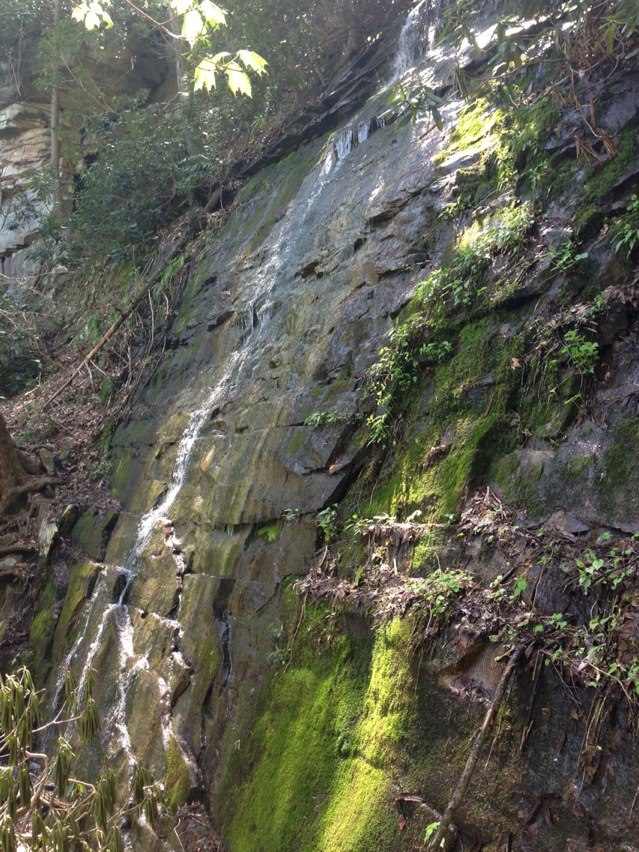 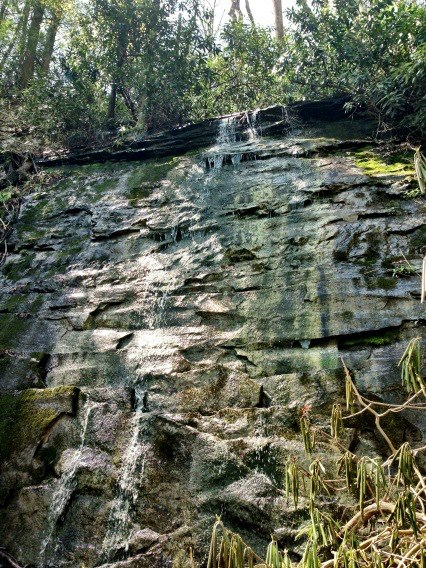 And did some investigating around the mine: 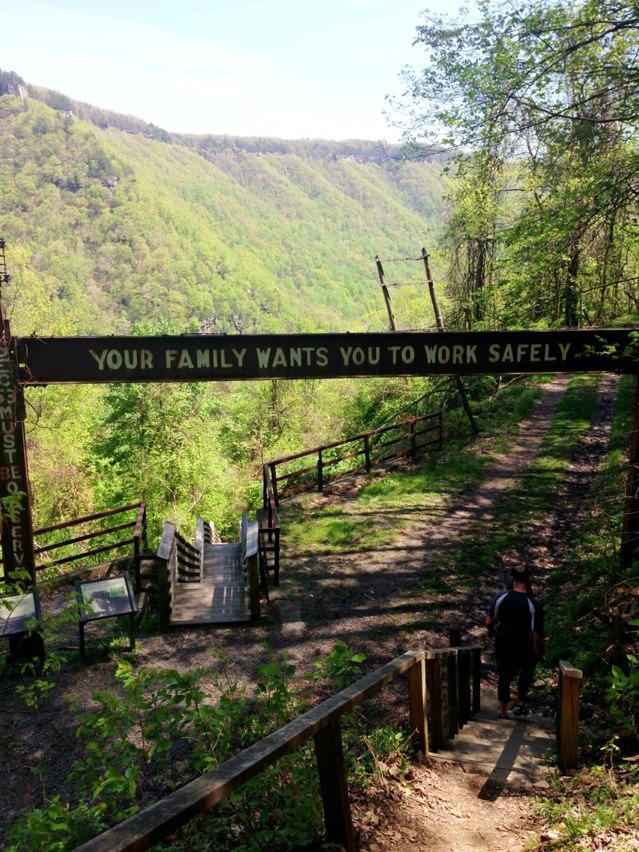 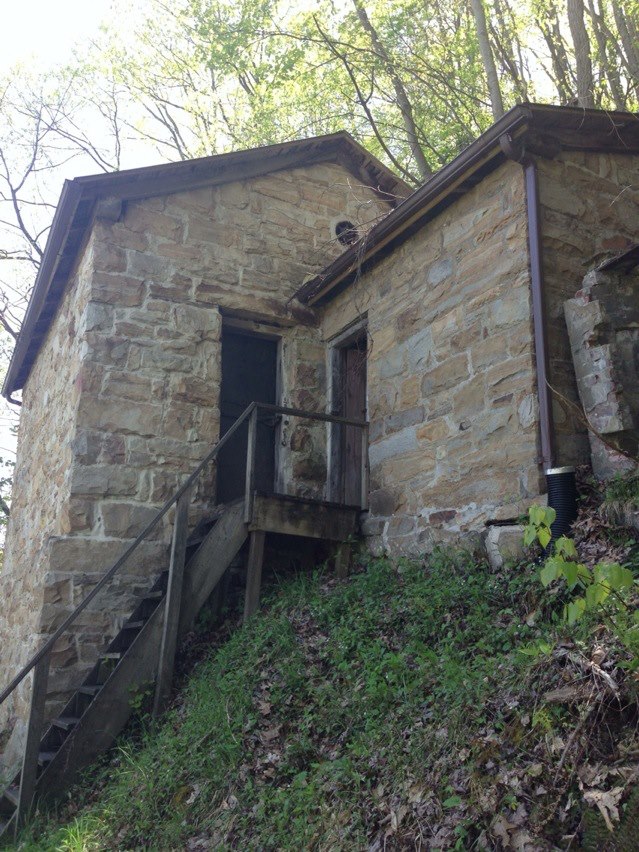 In our excitement to see the mine, however, Bryan and I failed to notice just how far down the mountain we were descending. Not only did we have nearly 500 vertical feet to walk up, but there were also an additional 800 wooden steps to ascend. I’m still sore. 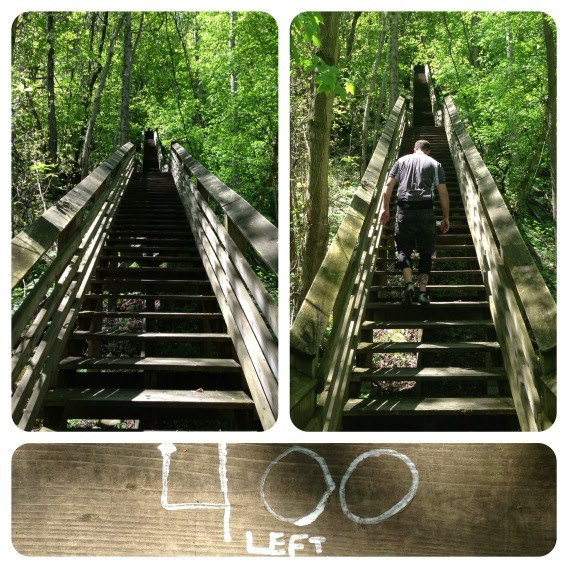 Having survived the greatest physical challenge of both of our lives, we fell into the car and continued the voyage to Pocahontas County.

Our final destination was beautiful. Bryan’s Dad and siblings grew up on a large chunk of land on a mountainside. I saw Bryan’s grandmother’s farm and the house Bryan’s dad grew up in, among other things. It felt special to be standing on such a timeless piece of land rich in family history. 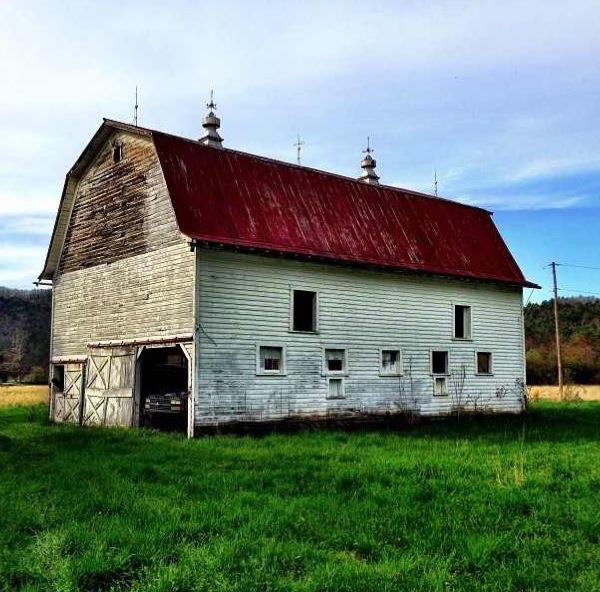 Bryan’s grandmother designated a piece of land for use by a Christian youth camp, so we got to stay in cabins at the camp site. Though modest, I was overjoyed to see my cabin had its own bathroom complete with a shower, toilet and mirror, and a big comfy bed.

Unfortunately, no one told me that I needed to pack blankets. Or pillows. Or towels.

So this is camping.

We spent a lot of time eating, playing cornhole, swapping stories, and riding 4-wheelers through the hills. There was a triathlon in town that Saturday, so we ventured down the mountain to cheer on the participants. Three mile run, four mile kayak, 10 mile bike. 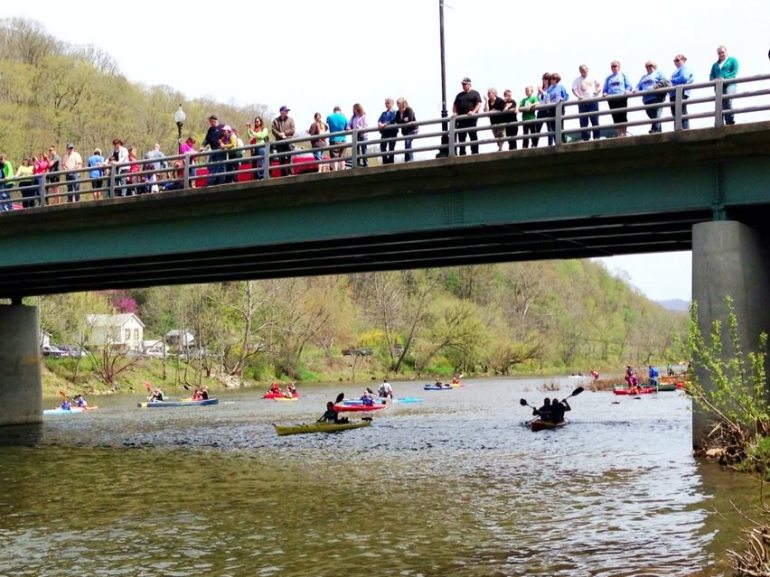 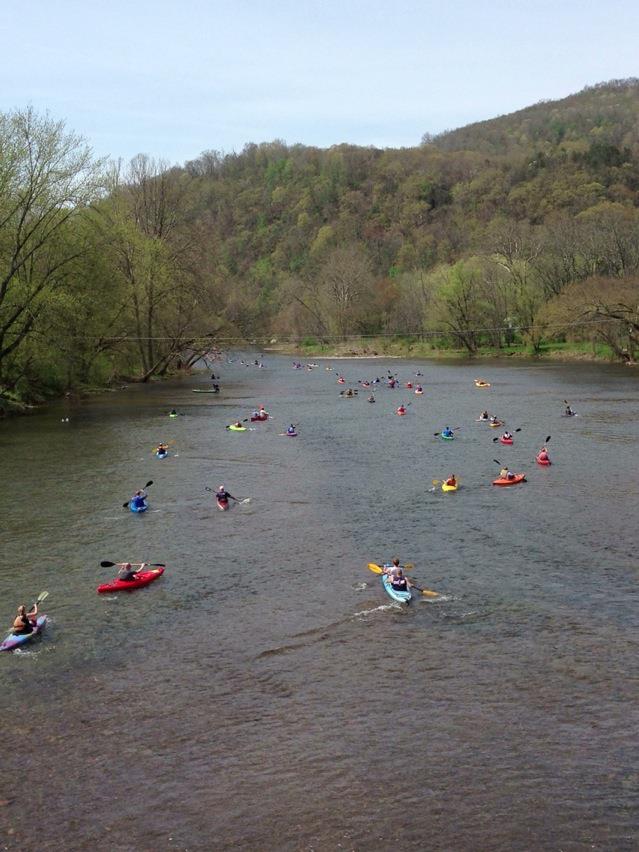 Here are other things that I experienced and learned in WV:

So, maybe I’m a little more City than I thought I was; however, I really enjoyed spending so much time outdoors. Bryan’s family was welcoming and lovely, and their little piece of WV was beautiful. I can’t wait to go back.

(With darker shirts, towels, blankets, and one of those super-bright headlamp things for nighttime, of course.)