So, we went to the Iron & Wine/Flight of the Conchords show on Saturday night, and it was a-mazing!

As if you’d expect any less from two incredible bands.

Though, I will say, it was a weird pairing. Mellow, chill, Ray-Lamontagne-bearded Iron and Wine, followed by a robot-costume-wearing, New-Zealand-accented comedy duo?

At any rate, it was so much fun. The show was at Red Rocks, which is an experience in itself. So beautiful! 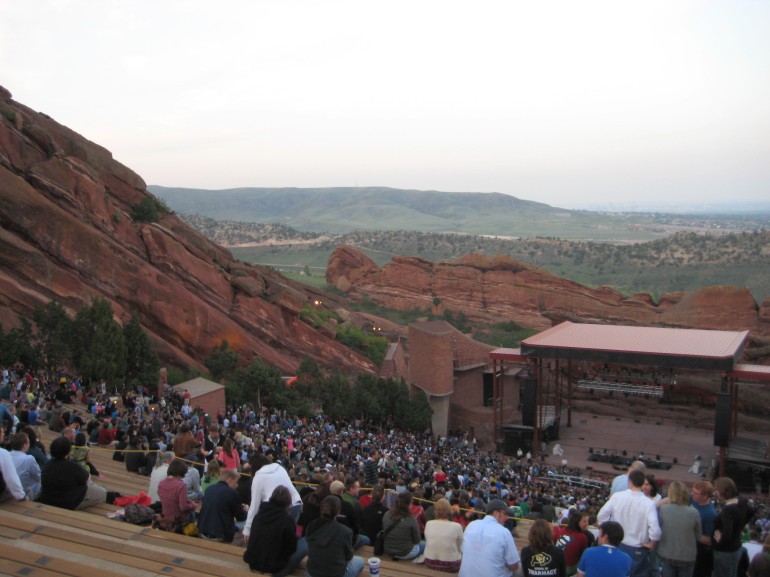 Our tickets were general admission. I wanted to sit closer to the stage, but some people in our group wanted to sit in the very last row because it was the only row with backrests.

(Actually, I’m only 24. But my birthday is coming up in a little over a month! Just thought I’d throw that in there.)

Iron and Wine was great, as proven by the tie-dyed couple that was making out next to me during the entire set. The bands were broken up by a quick comedic routine by Arj Barker, who plays Dave on the Flight of the Conchords HBO show, if you’re familiar. Then, Bret and Jemaine burst onto the stage wearing silver robot heads and opened with their song “Too Many D*cks on the Dancefloor.”

All in all, it was a great night. I would see them again in a heartbeat!

Now, I’m just looking forward to July, when Coleman and I will be back at Red Rocks for Andrew Bird and Death Cab. Can’t wait!